Is South Africa Going to Become a Hotbed For Poker Pros? 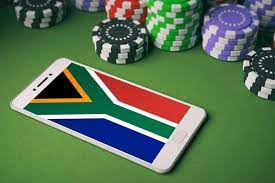 South Africa may be one of the most developed countries in Africa, but it is still quite far behind the western world when it comes to the adoption of technology. Internet penetration has only really been increasing for the last ten years, and during the poker boom, the online world was accessed exclusively by the wealthy. Now that more people can get online, gambling and poker are growing in popularity. The country could soon be one to watch when it comes to producing expert poker players.

The poker boom of the 2000s occurred because broadband internet was introduced in the west. It brought about much faster internet speeds and gave more people than ever access to the worldwide web. But as countries in America and Europe were improving their delivery of internet, other countries were much further behind.

The poker boom occurred in 2003 when an amateur poker player, Chris Moneymaker, managed to win the World Series of Poker Main Event. The online poker player showed that anyone could cut it against the experts, and this led millions of more people to start to play internet poker. In that same year in South Africa, however, only seven per cent of the population had access to the internet. This figure didn’t spike until 2010 when the number of people online shot up over the following ten years to around 56 per cent of the population at the time of writing.

Even though South Africa missed the initial poker boom, it may now be having its own mini one as greater numbers of people can get online. Developing markets like this are certainly ones to watch when it comes to predicting where the next big poker stars are going to emerge from.

iGaming is Growing Across The Country

Since the rollout of the internet in areas of South Africa that didn’t have it before, there are now many more people online. This has also been helped by the cheaper options available when it comes to devices for accessing the internet. For this reason, the African country is seen as an emerging market for gambling and operators are targeting players in the country to get more people involved.

This is highlighted by the vast number of casino bonuses available for South African players in 2021. A lot of operators as listed on casinos.co.za are offering lucrative welcome bonuses for new players, including deposit matches and free spins. Sites are also recommended on a star level so that players can easily find the most highly-regarded options. A similar thing has been seen with poker sites in the country, and a lot of gamblers who enjoy casino games will also be inclined to play Texas Hold’em.

As more people are encouraged to start gambling online, there should be quite a few poker players emerging in the country. This will also be helped by the increasing availability of tournaments in which players can test their ability against the strongest players around.

A Few Famous Faces Can Inspire Others

Interest in poker in South Africa isn’t just growing because of its increasing availability, it’s also because players in the country are inspired by famous faces who have managed to hit the big time. The best-known player from the country by some margin is Raymond Rahme, as he managed to reach the final table of the WSOP Main Event in 2007 and ended the tournament in third place. He qualified for that tournament by finishing fourth in the All Africa Poker Championship, and this is a path that many other players in the country will believe they can replicate.

Another famous face on the poker scene from South Africa is Jarred Solomon. He is second in the All-Time Money List for the country with total earnings of $1.6 million to date. Most of Solomon’s success has come in South African poker tournaments, but he has also put in some good showings at the WSOP over the years. Solomon’s journey to the top should encourage aspiring poker players to believe it is achievable.

There are a number of factors that suggest that South Africa could become a hotbed for poker talent in the years ahead. The industry is growing in the country, and there are a few role models on the poker scene for others to follow on from.