An Overview on How To Play Poker

An Overview On How To Play Poker.

The game of poker is one of the most ancient card games of all time. We have seen signs of different variations of this game being played a long way back. In fact, we have seen proof of some sort of poker game being played back in the 16th century by Persians called As-Nas. It may have not been the exact game we know and play today but there were major similarities in the way the game was played and the concept of it.

So what is poker and how is it played?

There’s a lot more to the game of poker than just knowing the rules though. Every different personality has a different means or strategy to the game and only through experience can we properly get used to playing the game with different people. There can be many ways one can try out the game of poker and learn all about it, either with a deck of cards with your peers, maybe during a visit at the casino, or even online, on countless online casino websites like Unibet and OlyBet Casino. 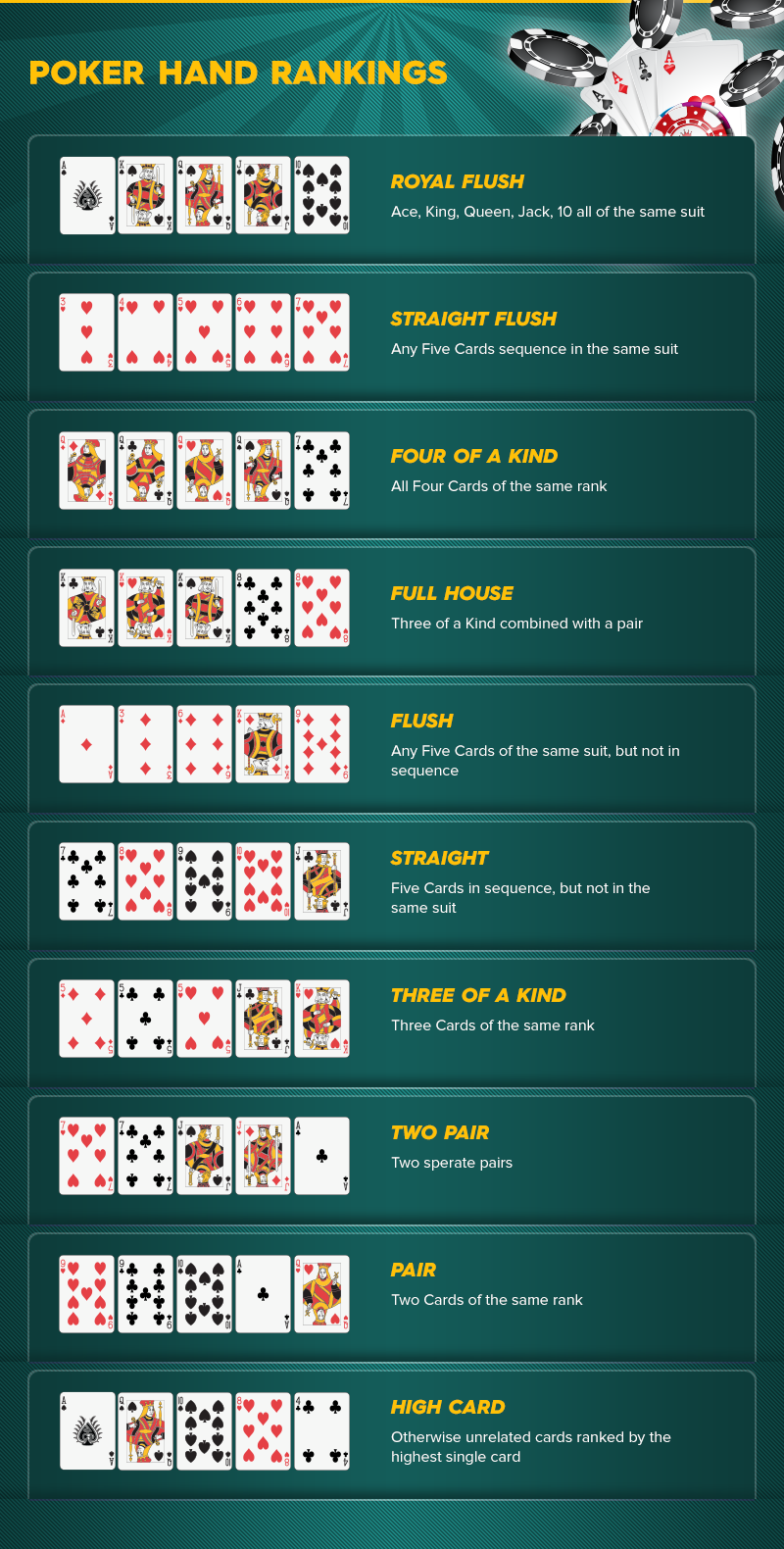 It’s not the simplest card game out there, it’s based on both luck and strategy, but once you manage to memorise all the hands and their order, it won’t be so hard to get the jist of the game. Basically the game revolves around each player’s hands.

The table starts with a minimum bet called the blind after two cards are dealt to each player.

Once the rest of the players view their hand, they can choose whether to call the bet into the game, to raise the bet, or to fold. The minimum bet is always the blind or the last amount which was bet onto the table in the current round and by folding the player puts their cards back in the deck or to the dealer, and they are out till the next round.

Once everyone has made their choice on whether to bet on the blind, raise the bet, or fold, three new cards are added onto the table, this is called the flop. These cards are used by each individual player and become a part of everyone’s hand.

Once everyone has seen the new cards on the table, a new rotation starts from the first person on the left of whoever has the big blind at the start of the round, where everyone chooses whether to check, raise or fold again.

Once a full rotation has taken place and everyone is ready for the next part, a new card is flipped onto the table. This is called the turn, or some people call it fourth street. Another rotation of wagers and folds takes place and at last, the river or fifth street comes, where the fifth and final card is placed onto the table.

This means everyone has each of their two cards and the five shared cards on the table. With these, everyone who is still standing and hasn’t folded shows their cards, and the man with the best hand wins all the bets on the table, and the round is finished and another one starts.

If you’re interested in learning how to be profitable and win at poker, check out this article.